Skip to Main Content
It looks like you're using Internet Explorer 11 or older. This website works best with modern browsers such as the latest versions of Chrome, Firefox, Safari, and Edge. If you continue with this browser, you may see unexpected results.

Mathematics: Working With Monomials and Polynomials 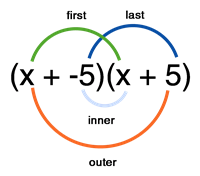 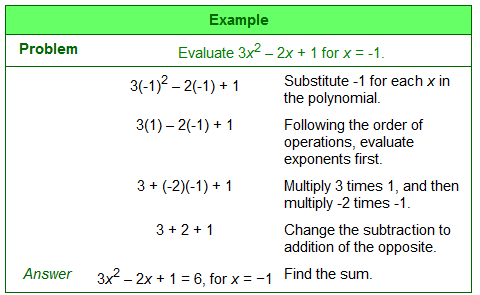 Working With Monomials and Polynomials

A monomial is an algebraic expression that has only one term.The basic building block of a polynomial is a monomial. A monomial is one term and can be a number, a variable, or the product of a number and variables with an exponent. The number part of the term is called the coefficient.

The coefficient can be any real number, including 0. The exponent of the variable must be a whole number—0, 1, 2, 3, and so on. A monomial cannot have a variable in the denominator or a negative exponent.

A polynomial is an algebraic expression that has more than one term.